Last week Peter Kirkby from Kinetic and some of the guys from Nordic Sea Angling (NSA) had the chance to test a handful of Crazy Daisy’s – a new Magic Minnow sea fishing jig for 2013. The main target was to go for halibut near the NSA camp at Nappstraumen on Lofoten in Norway. Already on the first day of fishing Crazy Daisy proved to have a lot of halibut appeal as a couple of nice fish were caught. 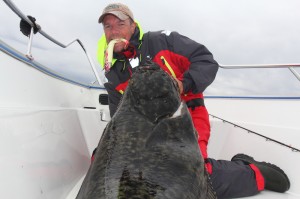 After a short photo session the fish was released back into the North Sea.

So far only a limited group of persons have been testing the new Crazy Daisy jig. All of them have little doubt, that this will be the hottest halibut-lure available once it hit the stores in 2013. We will of course get back with more information on colors, sizes and prices later. 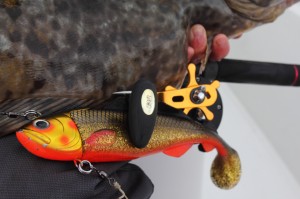