Andreas Holm has just returned after a very successful trip to Panama. Here, he learned that the Savage Gear Cutbait Herring is superb for a wide variety of muscular tropical fish, and in the end – he ended up wishing, he had brought along some more of these lures. 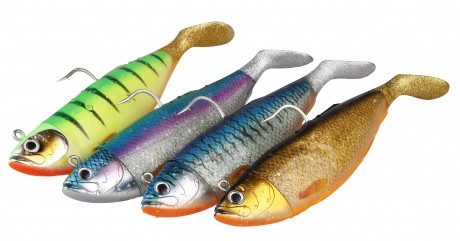 The few Cutbait Herring, he had taken with him, gradually got stuck on the bottom one by one, but before that – he caught an array of really impressive fish. Among them, a monster grouper with incredible markings that couldn’t resist the Redfish version of the lure.

The very last Cutbait Herring was ’stolen‘ by something sinister and big – a fish that threatened to spool Andreas – and which ultimately broke off the line on some cliff fragments below! 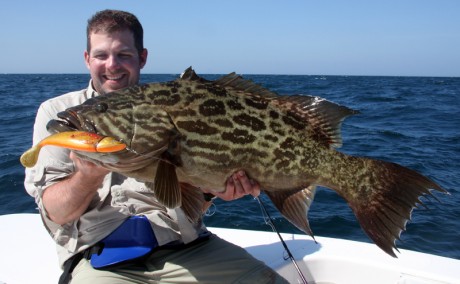 Andreas also enjoyed some great sport in the shallows, jerking Savage Gear Freestyler lures. The rewards came in the form of big jacks and roosterfish!